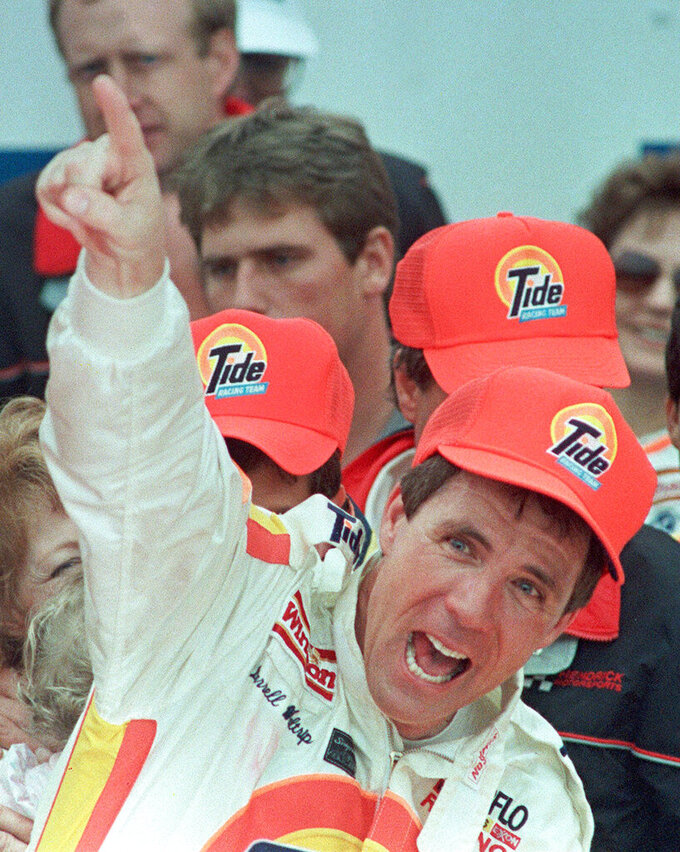 FILE - In this Feb. 19, 1989, file photo, Darrell Waltrip celebrates in Victory Lane after winning the Daytona 500 auto race in Daytona Beach, Fla. Waltrip will soon Boogity! Boogity! Boogity! his way into retirement. Everyone yearns for an opportunity to say farewell on their own terms, so with that, Waltrip should bring his second career as a NASCAR broadcaster to a close and squeeze out his classic catchphrase on his own terms as Fox Sports closes its portion of the broadcast deal. (AP Photo/Doug Jennings, File) 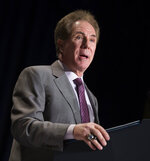 CHARLOTTE, N.C. (AP) — Darrell Waltrip is set to take the checkered flag on his broadcasting career.

The Fox Sports analyst will retire at the end of the network's portion of the NASCAR schedule following the June 23 race at Sonoma Raceway in California. It will likely be the last time the Kentucky native will utter his "Boogity! Boogity! Boogity! Let's go racing, boys!" call to open a race.

Waltrip is one of NASCAR's storied characters, one of the first to build a brand around his supersized personality, and he parlayed it into a lifetime as one of the sport's strongest ambassadors. He began his Fox Sports career with the 2001 Daytona 500, and the Hall of Fame driver had hinted on social media this would be the final season of his career.

Now 72, Waltrip said it was finally time to go.

"My family and I have been talking this over the past several months, and I've decided to call 2019 my last year in the FOX Sports booth," Waltrip said Thursday. "I have been blessed to work with the best team in the sport for the past 19 years, but I'm 72 and have been racing in some form for more than 50 years. I'm still healthy, happy and now a granddad, so it's time to spend more time at home with my family, although I will greatly miss my FOX family."

Waltrip won 84 races and three Cup Series races over his career before moving straight into the broadcast booth. He was inducted into the third class of the NASCAR Hall of Fame in January 2012.

"For nearly five decades, few people have been as synonymous with NASCAR as Darrell Waltrip," NASCAR President Steve Phelps said. "A Hall of Famer on the track and in the booth, Waltrip brought quick wit, tireless passion and a wealth of stock car racing knowledge to millions of NASCAR fans on FOX for 19 seasons. We are grateful for Waltrip's many contributions to the sport over the past 47 years, both as a champion driver and broadcaster."