Kyle Busch move to RCR has driver in Indy 500 conversation 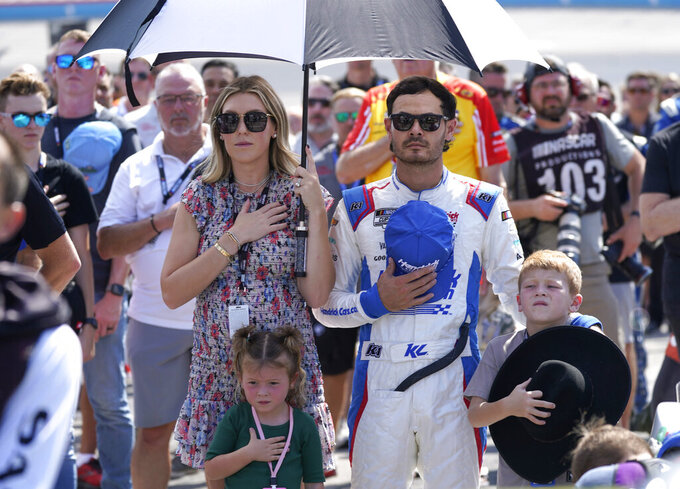 CONCORD, N.C. (AP) — Kyle Busch's impending move to Richard Childress Racing has provided an immediate boost to the storied NASCAR team and put Busch in the center of talks for an Indianapolis 500 ride.

Childress said before Sunday’s race at Charlotte Motor Speedway that fans have been visiting both the race shop in Welcome and the Childress Vineyards winery in numbers “not seen the Earnhardt days.” The late Dale Earnhardt won six championships driving for RCR, and the organization has not won a championship since Earnhardt’s final title in 1994.

The car owner said his employees are energized and eager to add the two-time NASCAR champion and Toyota's winningest driver to the organization.

Meanwhile, Childress has given Busch permission to pursue a seat in the Indy 500, an endeavor he was not permitted to do in his 15 seasons driving for Joe Gibbs Racing.

But finding a Chevrolet team that can field Busch has not been so easy.

Menards has a budget set aside and the desire to sponsor Busch, and John Menard even approached Team Penske, who he won the Indy 500 with in 2019 with driver Simon Pagenaud. Team Penske President Tim Cindric said before Sunday’s race the organization has already decided it won’t field a fourth entry in next year’s 500.

“Quite honestly, you know the last couple years we haven’t been our best at Indy, and we don’t want to dilute or distract from the three we already have,” Cindric said. “We’d only do a fourth car if it can win and not hurt the program. If you just want to do Indy as an adventure, that’s not with us.”

Arrow McLaren SP has its own difficulties in committing to a fourth car as the organization is already expanding to three teams next season. An additional Indy entry could stretch McLaren quite thin, but also, Menard wants his neon yellow colors on any car he sponsors and McLaren runs a uniform lineup of papaya orange cars.

Chevrolet, meanwhile, is very open to supplying an engine for Busch, reigning NASCAR champion Kyle Larson or even seven-time champion Jimmie Johnson. All three drivers have expressed interest in running both the Indy 500 and NASCAR’s Coca-Cola 600 next year.

Larson, who was eliminated from the playoffs Sunday at Charlotte Motor Speedway, said he's received permission from Hendrick Motorsports leaders Rick Hendrick and Jeff Gordon to pursue a seat.

“Nothing’s changed. I would love to do it,” Larson said. “It’s just timing and I want to be in the best equipment possible. But I’ve told Jeff and Rick that I’d like to do it and it’s kind of up to them to find something.”