Ricciardo switch to Renault no deterrent for Aussie F1 fans 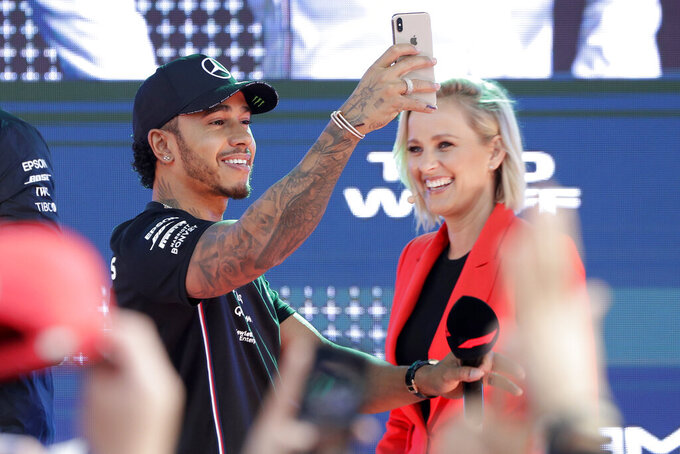 Mercedes driver Lewis Hamilton of Britain uses his phone as he arrives for the launch of the Australian Grand Prix in Melbourne, Australia, Wednesday, March 13, 2019. (AP Photo/Rick Rycroft) 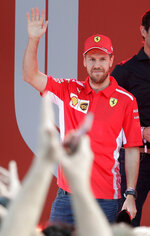 MELBOURNE, Australia (AP) — Daniel Ricciardo's switch from Red Bull to Renault may have reduced his chances of a podium finish at the Australian Grand Prix, but isn't likely to diminish his support at the season-opening race.

"The sales across corporate, grandstand and general admission are up about seven to eight percent on last year," Westacott said Wednesday at the F1 launch in downtown Melbourne, where thousands of people packed Federation Square for the introduction of the F1 teams and drivers for 2019.

"Daniel makes a difference ... he's a hero. He's someone who people relate to."

Ricciardo has played down his chances of challenging Mercedes and Ferrari after shifting to Renault this season but is promising to win fans with his driving.

After some differences of opinion with former Red Bull teammate Max Verstappen, the Australian driver said his set up with Nico Hulkenberg at Renault was a "nice fit."

"We are on the same page," Ricciardo said. "From a personal level I get on with Nico. It's been an easy going start."

Westacott isn't convinced the local favorite would contend for a podium finish in Melbourne.

"I reckon he is capable of gunning for a podium," he said. "Renault will have a good package and they've gone well here before."

The first official practice sessions are Friday, with qualifying scheduled for Saturday.