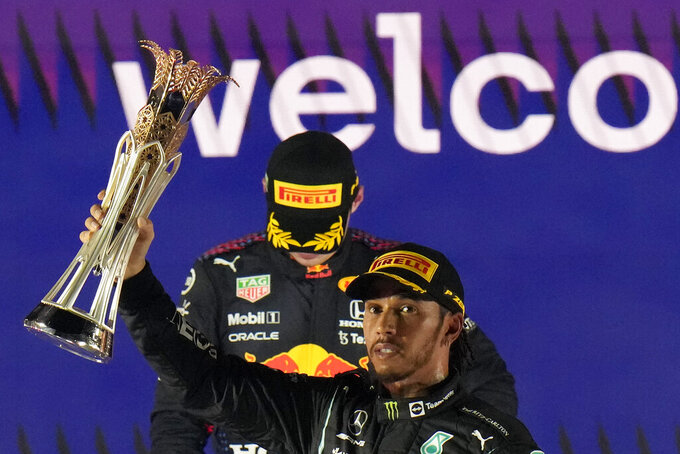 Last race: Seven-time series champion Lewis Hamilton won in Saudi Arabia, his third consecutive victory, and drew even with runner-up Verstappen atop the standings with one race remaining to determine the season champion.

Fast facts: Hamilton passed Verstappen with six laps remaining en route to his eight victory of the season. Verstappen has won nine times, which gives him an unofficial lead in a tie situation. ... Another title for Hamilton would break his tie with Michael Schumacher for most career championships.