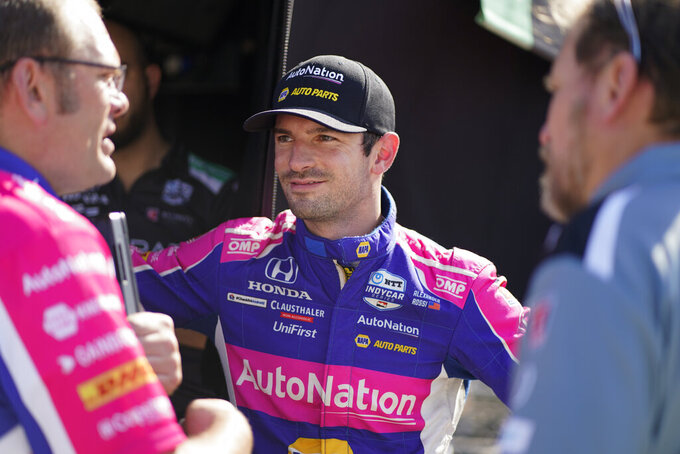 Alexander Rossi on Thursday at last confirmed he's signed a multiyear deal to drive for Arrow McLaren SP beginning next season after a seven-year run with Andretti Autosport.

Rossi's departure had been widely speculated since April, although both the American driver and Michael Andretti insisted they had an exclusive negotiating window in which Rossi could not even speak to any other teams.

It contradicted Andretti's February admission that he'd only hold Rossi to that clause "unless he finds something else.” Rossi, it turned out, had indeed decided to leave Andretti even before the start of the IndyCar season and the Thursday confirmation was made possible when Andretti announced a day earlier that Kyle Kirkwood would drive Rossi's No. 27 next season.

Rossi won the Indianapolis 500 as a rookie in 2016 with Andretti and seven total races. The Californian is winless since 2019.

“The time has come for a new challenge, with a team that is growing in the sport,” Rossi said in a statement. "I look forward to contributing to the development of Arrow McLaren SP and helping them reach the top. I see the commitment this team has to each other and to me, and I’m looking forward to getting started. It’s time for me to race for another one of motorsport’s biggest names: McLaren.”

Rossi and Taylor Kiel, president of McLaren's IndyCar team, are scheduled to discuss the signing Friday at the Detroit Grand Prix. McLaren took over majority ownership of the IndyCar team this season and has plans to expand to three cars and build a state-of-the-art facility in Indiana that mimics its Formula One factory in England.

Pato O'Ward was announced to an extension last Friday with McLaren, but its plans for its third seat have not been revealed. McLaren did not specify if Rossi will drive its planned expanded third car in 2023 or replace Felix Rosenqvist in the No. 7. Rosenqvist is in a contract year.

“Alex is a proven race winner and an Indianapolis 500 champion, who shares our desire to win," said Zak Brown, head of McLaren Racing. "It is essential that we put the right talent in place, both inside and outside the car, so we can consistently compete for championships and race wins as a team. He is someone we have had our eye on for some time and we’re excited to see what he’ll do as a part of Arrow McLaren SP.”