ESPN and Formula One reach new 3-year US broadcast deal 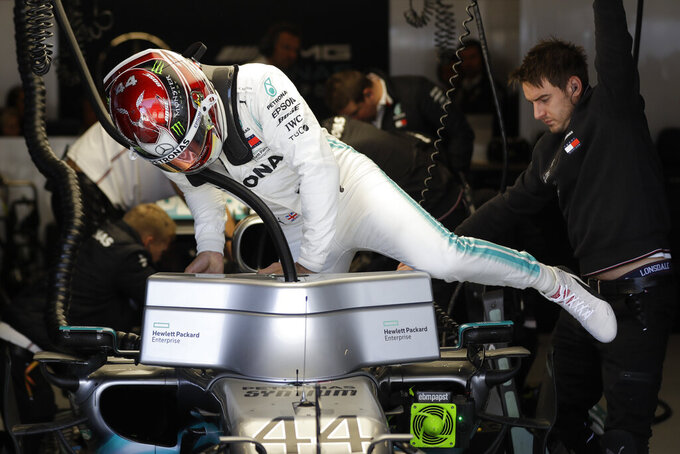 Mercedes driver Lewis Hamilton, of Britain, climbs into his car during first practice session for the Formula One U.S. Grand Prix auto race at the Circuit of the Americas, Friday, Nov. 1, 2019, in Austin, Texas. (AP Photo/Darron Cummings)

AUSTIN, Texas (AP) — Formula One and ESPN have agreed to a new three-year deal to keep the series on the network and on ABC in the United States.

The deal, announced Friday ahead of the U.S. Grand Prix, also makes ESPN Deportes the Spanish-language home of F1 in the U.S.

ESPN will continue to air races commercial-free using broadcast partner Sky Sports. The new deal keeps all races live on ESPN, ESPN2 or ABC. Practice sessions and qualifying will continue to be aired across ESPN platforms.

"When we brought Formula 1 back to ESPN two years ago, we had faith that Formula One fans in the United States would support the coverage," said Burke Magnus, ESPN executive vice president, programming and scheduling. "That faith has been rewarded many times over, and we greatly appreciate how fans have responded in record numbers."