Verstappen among drivers given grid penalties for Italian GP 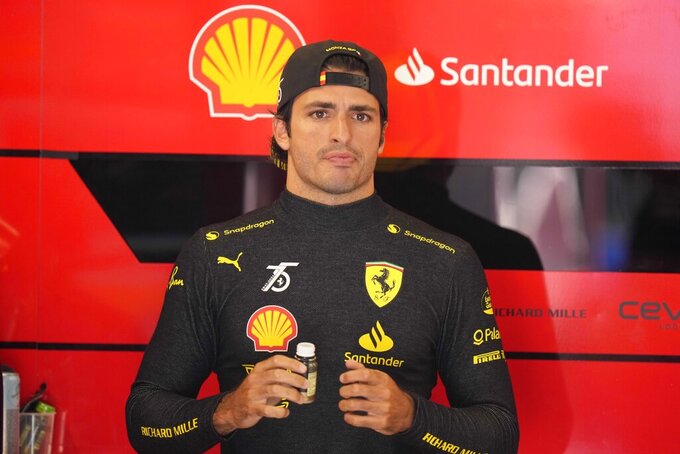 Ferrari driver Carlos Sainz of Spain prepares at pits during the second free practice at the Monza racetrack, in Monza, Italy, Friday, Sept. 9, 2022. The Formula one race will be held on Sunday. (AP Photo/Luca Bruno)

MILAN (AP) — Max Verstappen's five-place grid penalty for the Italian Grand Prix on Sunday will hamper his chances of taking a first ever Formula One podium at Monza.

Verstappen, who has never finished higher than fifth at the circuit dubbed ‘The Temple of Speed,’ was handed the penalty on Friday for exceeding his allocation of internal combustion engines.

Red Bull teammate Sergio Pérez was penalized with a 10-place grid drop for a similar offense.

Other drivers have also been penalized for various infractions.

Seven-time world champion Lewis Hamilton will start at the back of the grid, along with Yuki Tsunoda.

They will be just behind Carlos Sainz Jr. after the Ferrari driver was given a 25-place penalty.

Verstappen was among the several drivers to be hit with grid penalties for the Belgian GP two weeks ago and started 14th but surged through the field to victory.

The Dutch driver comes into Monza on the back of four straight victories and with a 109-point advantage in the standings over Leclerc and Pérez.