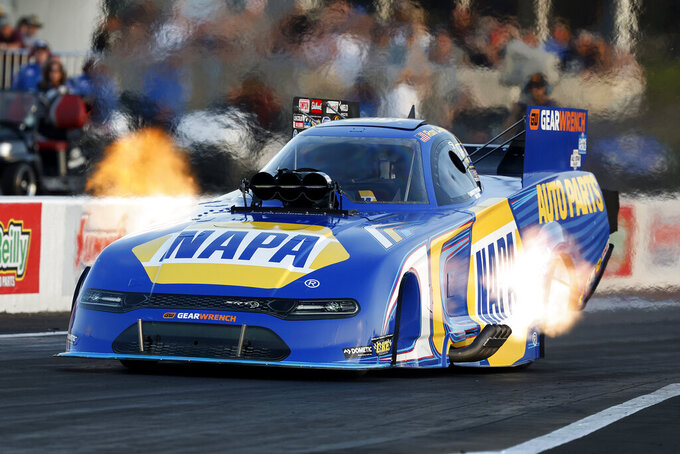 In this photo provided by the NHRA, Ron Capps drives in Funny Car qualifying Friday, April 22, 2022, during the NHRA SpringNationals drag races at Houston Raceway Park in Baytown, Texas. (Randy Anderson/)NHRA via AP)

The track that hosted its first national event in 1988 is closing after the event to make room for Katoen Natie’s expanding port facility.

“I knew we could have a good pass, but I didn’t know if it would be enough to go to the top,” Torrence said. “To go No. 1, that was great for us. It’s a great confidence-booster for our guys and tomorrow is anyone’s game, but I think we’ve got a pretty good shot at it. It would be a very special thing for us to win this final race in Houston.”

Capps' Friday run of 3.864 at 326.16 from Friday in a Dodge Charger held up, giving the defending season champion his third No. 1 qualifier of the season.