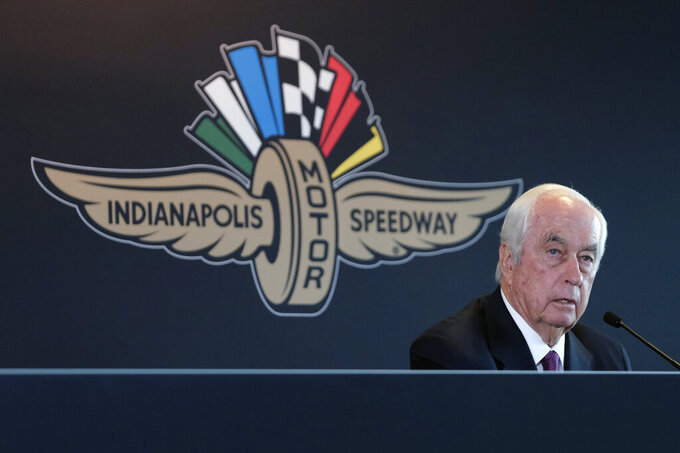 Roger Penske completed his purchase of Indianapolis Motor Speedway on Monday, becoming just the fourth owner of the historic facility and subsidiaries that include the IndyCar Series.

The speedway had been owned by Tony Hulman and Hulman & Co. since 1945, but the family approached Penske in September for advice when Tony George and his three sisters decided to sell. Penske jumped at the opportunity.

Penske first attended the Indianapolis 500 in 1951 as a teenager and has missed only six runnings of “The Greatest Spectacle in Racing” since. His 18 victories in the Indy 500 as a car owner are a record, and Simon Pagenaud swept the month of May for Team Penske last year.

"We are looking forward to carrying on the tradition of the Indianapolis Motor Speedway and IndyCar racing," Penske said. “We have been diligently working with the teams at IMS, IndyCar and IMS Productions over the last two months to ensure a smooth and productive transition and we are ready to hit the ground running."

Terms of the sale have not been disclosed, but people familiar with the transaction have told AP some of the discussions involved offers of $250 million and $300 million for the package, with a promise of additional capital improvements to the speedway.

It took the Penske Corp. only six weeks to reach a purchase agreement with Hulman & Co. and the sale was initially announced in November. The very next day, the 82-year-old Penske walked the entire grounds and began making lists on improvements “The Captain” wants done.

The sale puts him in charge of the speedway, the open-wheel series that is built around the 500 and the track's esteemed production group. Penske will step down as race strategist for Will Power to avoid any conflict of interest in owning the series as well as a three-car team.

The IndyCar Series has been in a slow rebuild but the industry hopes Penske's reach can speed up the process. Penske does not plan to make any immediate changes to leadership at the speedway or IndyCar, but he does plan to put his own board of directors in place.

IndyCar has been unsuccessful so far in luring a third engine manufacturer to the series, one of the many bucket list items that Penske may have an easier time achieving. An American industrialist, his fortune was built in the trucking and transportation business, but he is highly connected in the automotive world and an important fixture in Detroit.

“I truly believe that the NTT IndyCar Series features some of the exhilarating and competitive racing in the world and that our sport carries a great deal of momentum and energy into the new season,” Penske wrote in a letter distributed Monday to the motorsports industry.

Penske joins Carl Fisher, who built the track in 1909, Eddie Rickenbacker, who purchased IMS in 1927 and the Hulman family as the only owners of the venue.