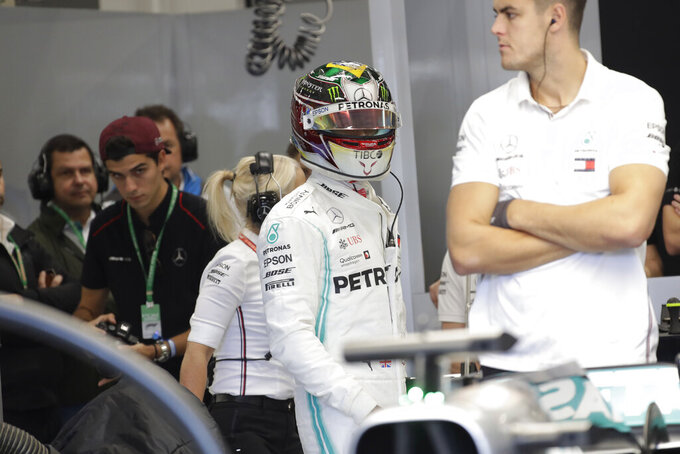 “Straight away from Q1 the car was flying, that was an enjoyable drive,” the 22-year-old Dutch driver said. “We are very happy with this. I'll try to finish it off now."

Verstappen’s first pole was at the Hungarian GP in August. He won the Austrian and German GPs this season.

Six-time F1 champion Lewis Hamilton of Mercedes will start from third position. The 2018 winner at Interlagos finished 0.191 seconds back and promised to be “a bit more aggressive” on Sunday.

Four-time F1 champion Vettel, who has only won in Singapore this season, said he was beaten “fair and square” by Verstappen.

“I am happy with a front-row start, so we will see tomorrow," said Vettel.

His teammate Charles Leclerc clocked the fourth fastest lap in qualifying, but will start from 14th because of an engine-change penalty.

Mercedes’ Valtteri Bottas and Red Bull’s Alexander Albon finished fifth and sixth, but will move up one position because of Leclerc’s penalty.

The Brazilian GP on Sunday is the penultimate race of the season. Hamilton secured the season title in the previous race in the U.S.