NASCAR's Johnson-Blaney feud shows no signs of slowing down 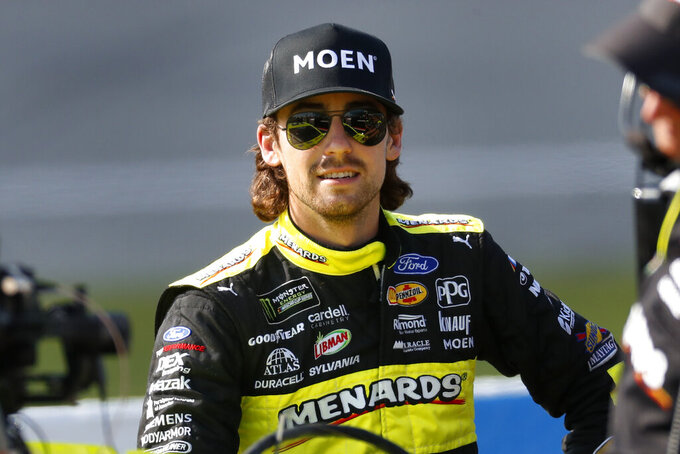 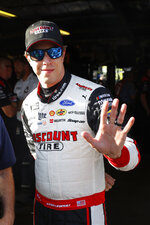 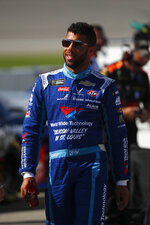 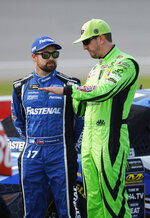 BROOKLYN, Mich. (AP) — Jimmie Johnson's feud with Ryan Blaney is showing no signs of slowing down, heading into the NASCAR Cup race at Michigan International Speedway

Johnson still wants Blaney to apologize for making contact from behind going into a turn nearly a week ago at Watkins Glen.

The seven-time champion approached the 25-year-old Blaney after the race, pointing his index finger at him during a heated exchange .

"When I went to talk to him after the race at some point he said he felt bad, but I never heard, 'I'm sorry. I didn't mean to,'" Johnson recalled Friday. "I thought I would get a call from him during the week, just with the friendship that we had, and the amount of respect I thought we had for one another. And, I didn't.

"To me, it's pretty obvious he meant to drive through me."

Blaney said, multiple times while surrounded by reporters, he has no plans to say he's sorry.

"To get on my knees and beg for his forgiveness, that's not how it is because that's not what happened," he said. "If he's expecting an apology out of me, that's out of line."

Blaney went on to finish fifth in his No. 12 Penske Racing Ford, closing strong enough to have a solid showing after starting from the rear of the field at Watkins Glen.

Johnson, meanwhile, spun out and ended up finishing 19th to make up a little ground in the playoff race.

"It did not turn out the way it could have for us and points are so important for us right now," Johnson said. "That's where a lot of the frustration came from. I'm sure we've all talked about it plenty. I'm ready to go race."

Johnson is tied with Ryan Newman for the 16th and final spot in the playoffs with just four races remaining to determine the field. Since the playoffs started 15 years ago, Johnson has earned a spot each time. This year, there are no guarantees he will still be racing when it matters.

"It's top of mind," he said. "That's all we're here for. We've got four yet. We absolutely should be in the playoffs. There's no excuses."

Johnson, though, potentially could have a third crew chief in three races in his No. 48 Chevrolet for Hendrick Motorsports. Cliff Daniels called the race at Watkins Glen, replacing Kevin Meendering after Johnson's winless streak reached 80 races, but Daniels' first child is due to be born soon.

"We have a plane ready if Cliff gets the call," Johnson said. "He will be there for the birth of his first born."

Blaney, showing respect for the veteran, didn't do a lot of talking when Johnson angrily approached him. Blaney stood there for more than a minute, mostly listening.

"His lip was quivering and he didn't have a lot to say," Johnson recalled.

That was just one of the things that Johnson said after the race and in the days that followed, leaving Blaney steaming.

"For him to say what he said after we got done talking, that pretty much solidified that the respect has dwindled down a lot," Blaney said. "Obviously, that respect doesn't go both ways. It showed me he has no respect for me. That really upset me."