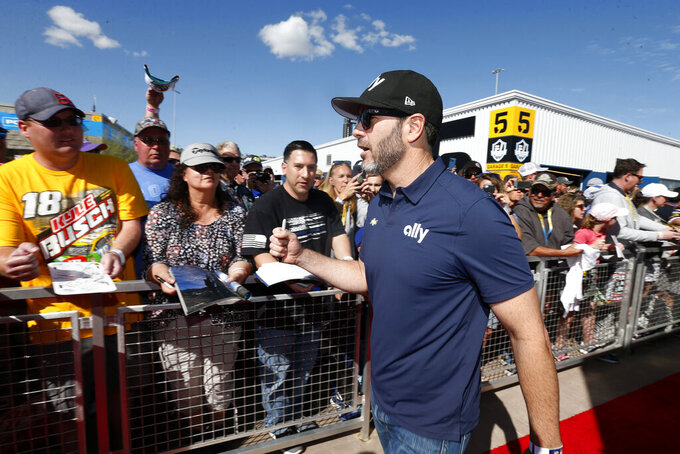 IndyCar has followed NASCAR, IMSA and Formula One in setting up a virtual racing series to give fans content during the coronavirus pandemic that brought sports to a halt. IndyCar's first race is Saturday and Johnson is the 26th driver to enter.

He announced his intentions Friday on social media, but it had been widely expected as Johnson has made no secret of his desire to try other series in 2021 when he is done with NASCAR's 38-race grind. Johnson had his at-home simulator set for IndyCar and sports car racing to work on his skills even before the pandemic.

Johnson raced in NASCAR's inaugural iRacing event and was a bit of a laughingstock as his No. 48 Chevrolet was involved in several virtual crashes. When the race ended, with a 31st-place finish, he noted he clearly needs improvement.

The opener of IndyCar's six-race series will be contested at Watkins Glen International, the upstate New York track that was picked in a fan vote. Johnson is winless in Cup Series at the road course, and also had a spectacular crash there in the 2000 Xfinity race after which he climbed from his crumpled car onto the roof and raised his arms in triumph, an indelible moment of his distinguished career.

Johnson was scheduled to test an Indy car at Barber Motorsports Park in Alabama next month but that has been canceled.