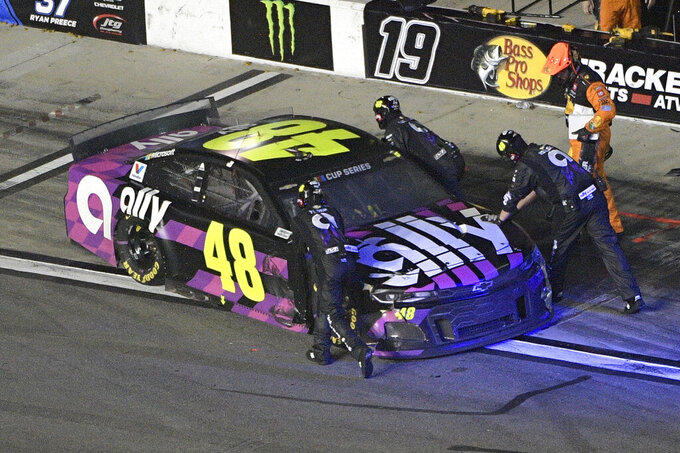 Johnson said Saturday he wasn't sure if the one-day team test in Birmingham, Alabama, would lead to an IndyCar future, but he's intrigued by the “totally different environment” of open-wheel racing.

“There's a chance I won't like it, but I think the chances are low,” Johnson said. “More than anything I'm just thankful that McLaren and the friendship I have there with (CEO) Zak Brown, where he's like: ‘Hey, man, come give it a shot. See what you think. You take a look at it. We’ll take a look at you.'”

The 44-year-old Johnson said he wasn't sure what engineer he'd be working with during the test or if it would lead to any other discussions.

“There's nothing on the books now that have been discussed with it being so early in the year,” Johnson said. “There's still time to get some more tests. We'll know more after April 6 and re-evaluate from there.”

Johnson already has announced that 2020 will be his final season running a full-time schedule in the Cup series.

“It's great for NASCAR as well, especially if I go run well,” Johnson said. “We've seen drivers come this way and no one's really gone that way. Kurt (Busch) did recently and did a hell of a job at Indy, which did a lot of good for our sport.”