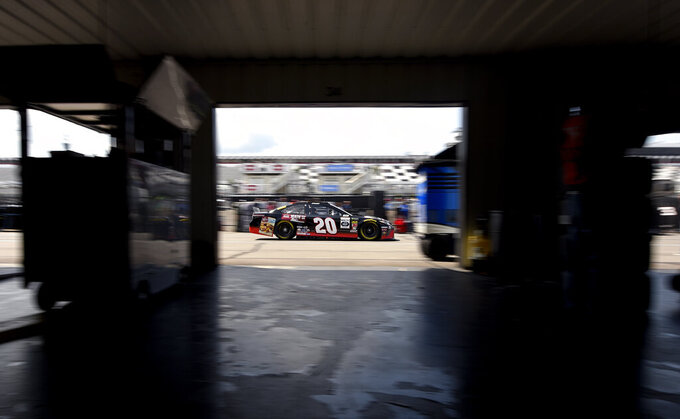 Pocono Raceway is set to hold a NASCAR Cup Series twin bill next June — with one race on Saturday, one on Sunday, and the second race comes with a twist. The field for the Sunday race will be set by inverting the lead-lap finishers from race No. 1.

For example, Bubba Wallace finished 21st and was the last driver to complete all 160 laps in the June 3 race at Pocono, so he would have started first the next day had there been a second Cup race. Lapped cars would start at the rear.

Pocono has been run for years at 400 miles on the 2½-mile track but will race 350 miles on Sunday and an undetermined length in the opener, though NASCAR expects the length to sit in the 350-mile range.

Pocono will lose its second race weekend in July, forcing both the Truck and Xfinity Series to run in June.

"In and out, boys. One weekend," 2015 NASCAR champion Kyle Busch said.

Scott Miller, NASCAR's senior vice president of competition, said teams will use the same car for both races and will be allowed to work on them between races. Not all details have been set, but teams will likely be allowed to change engines. Teams will most likely try to stretch one for 700 miles.

"If it's a great success, I don't see any reason why we wouldn't expand the concept," Miller said.

Pocono CEO Nick Igdalsky said the track was approached by NASCAR over the Daytona 500 weekend about the idea of running a twin bill and was committed to the schedule for the foreseeable future.

Pocono could have the busiest weekend in motorsports — and a shortened race season. Igdalsky said IndyCar, which returned to Pocono in 2013, has not committed to return next season. This year's race is set for Aug. 18.