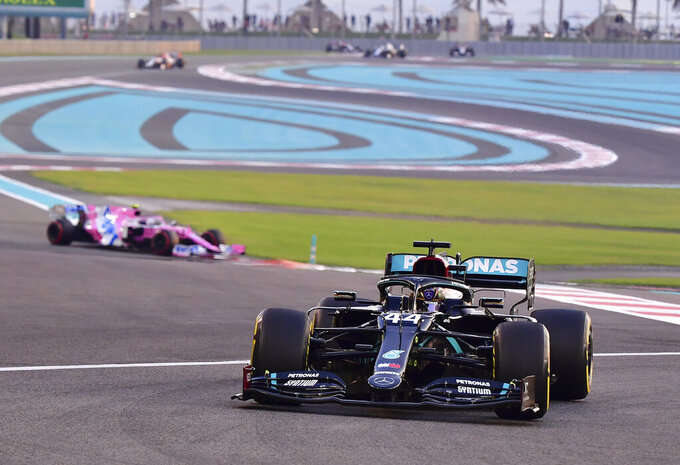 BRACKLEY, England (AP) — British billionaire Jim Ratcliffe has added to his sports investments by buying a third of Formula One champion Mercedes through his chemical giant INEOS, the British-based team said Friday.

INEOS was already a main sponsor of Mercedes but now owns an equal part in the team with Daimler, whose shareholding has reduced from 60%, and Toto Wolff, the team principal and chief executive.

INEOS is chaired by Ratcliffe, and owns the British cycling team formerly known as Team Sky, as well as soccer teams Nice and Lausanne, and Britain’s America’s Cup sailing team.

“Big challenges are a core part of our mindset at INEOS and our involvement across a number of different sports demonstrates that we always aim for the very best,” Ratcliffe said.

“This is a unique opportunity,” he added, “to make a financial investment in a team at the very top of its game.”

Mercedes driver Lewis Hamilton won the drivers’ championship in 2020, joining Michael Schumacher as a record seven-time champion. The team has won the constructors’ championship every year since 2014.