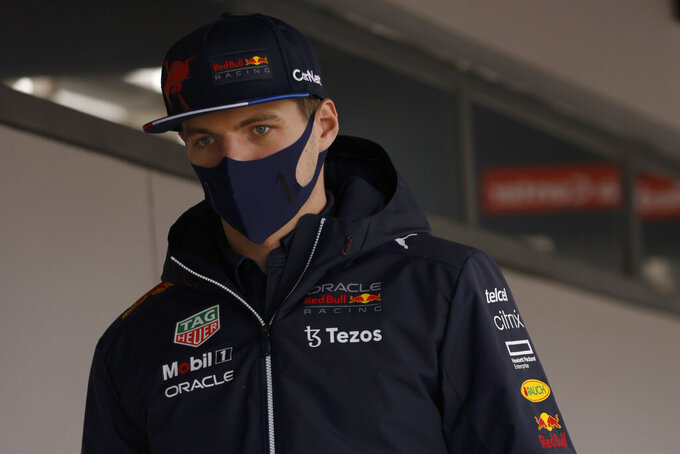 Red Bull driver Max Verstappen of the Netherlands walks through a corridor during a Formula One pre-season testing session at the Catalunya racetrack in Montmelo, just outside of Barcelona, Spain, Thursday, Feb. 24, 2022. (AP Photo/Joan Monfort)

In a sign Formula One may have gotten it right with its regulation changes to improve racing, drivers gave mostly positive reviews of the series’ new generation of cars after the first few days of preseason testing.

F1 implemented major changes to try to allow cars to run closer to each other and increase the numbers of overtakes on the track.

“I have been following a few cars, it seems a little bit easier to stay behind,” defending world champion Max Verstappen said. “At least you don’t have these weird corners where you suddenly have understeer or a mass of oversteer. I don’t expect it to be fully gone where you can follow (right behind) the rear diffuser — at least not at the speeds we are still doing in F1 — but it all seems a bit more under control.”

The new cars have revamped rear and front wings, as well as new floors, designed to improve the handling when drivers are close to each other. The older cars used to lose downforce — and their ability to go through turns faster — the closer they got to the cars ahead. Drivers had to be much faster than those ahead of them to be able to make clean passes.

They often tried to test the effects of the changes during the first days of testing in Barcelona by following other cars closely at the Barcelona-Catalunya Circuit.

“We did that on purpose, obviously,” Ferrari driver Carlos Sainz said. “I can tell you I already felt some differences. It’s pretty obvious already, and I’m relatively positive about it. I’m optimistic that it’s going in the right direction.”

The new cars have shown great handling on high-speed corners compared to the old ones, despite being considerably heavier.

Drivers did notice a side effect of the new changes as the new floors designed to increase downforce made the cars bouncier on straightaways.

“They bounce around a bit, and they are a little bit stiff, so it is a bit more vicious inside of it,” Williams driver Alex Albon said. “You are moving around, you are feeling everything. But at the end of the day, they’re quick and everyone’s done a great job.”

In 2017, F1 had already introduced design changes that made cars wider and faster to try to make the series more exciting. The regulation changes this season, which also include bigger tires and a new type of fuel, are the most drastic in the sport since the turbo-hybrid era began in 2014.

Friday is the final day of testing in Barcelona. Three more days are scheduled for March 10-12 in Bahrain ahead of the F1 season opener on March 20 at the same location.