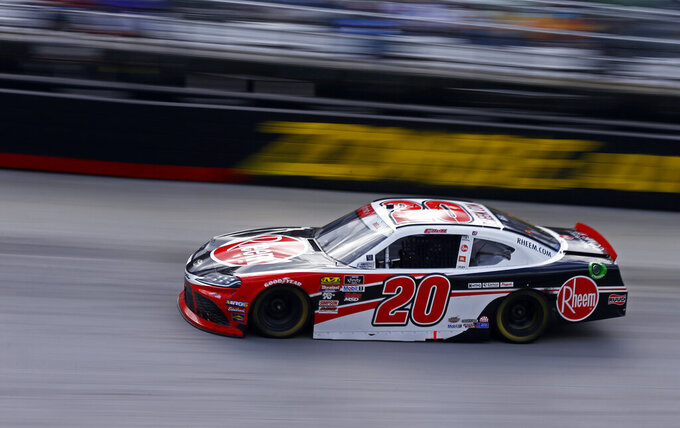 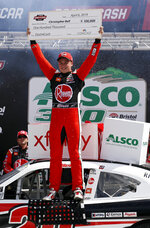 Bell got his second victory of the season, his 10th in 48 starts, by passing Brandon Jones with 17 laps remaining. Jones had a tire issue that sent him to the wall and then to pit road, and Bell didn't have another challenger in his Joe Gibbs Racing Toyota.

"That's pretty cool to get my first win here," Bell said. "Joe Gibbs Racing has a really, really good package here at Bristol, but for whatever reason we struggled to find that. It didn't feel good basically all of practice. Didn't qualify good and as soon as the green flag dropped for the race I was really loose.

"But the longer the runs went, the better I got."

Bell led 57 laps and was competing for the bonus against Tyler Reddick, Chase Briscoe and Michael Annett. Bell, Reddick, Cole Custer and Briscoe all qualified to race for the $100,000 bonus next weekend at Richmond Raceway.

Cup drivers were not eligible to race at all Saturday so Kyle Busch, winner of three Xfinity Series races this season, was sidelined — giving fans their wish to limit Busch's competition in lower series.

He wasn't happy about it, either, and said he wouldn't even watch. He has nine wins so far this season spanning all three of NASCAR's national series.

"Hopefully all the fans that have packed this place today and everybody who is going to turn on a TV and watch because Kyle Busch ain't in the race will enjoy a great race," Busch said.

Reddick finished second in a Chevrolet sponsored by Dolly Parton and the country music icon's many businesses. Reddick donned a long blond, curly wig in driver introductions, then climbed into his pink-and-white Parton-themed car.

Custer was third in a Ford.