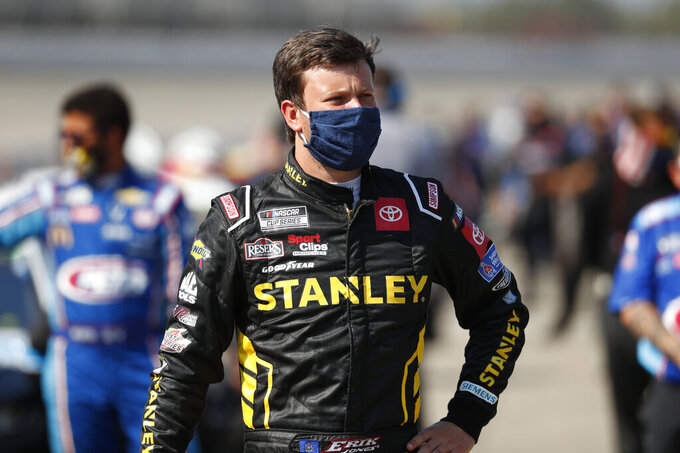 HUNTERSVILLE, N.C. (AP) — Christopher Bell is returning to Joe Gibbs Racing and will drive the No. 20 Toyota in the Cup Series in 2021.

Bell will replace Erik Jones, whose contract with JGR expires at the end of this season. Jones has two wins in 133 Cup Series starts.

Bell is finishing his rookie season with Leavine Family Racing, a JGR satellite team that announced last week it had sold its NASCAR charter and will close its doors in November. That left Bell without a ride in 2021, and Gibbs moved quickly to bring back the budding star.

The 25-year-old Bell claimed the 2017 Truck Series title and won 15 races during two years (2018-19) in the second-tier Xfinity Series. He drove both Xfinity seasons for Gibbs. He has five top-10 finishes this year in the Cup Series.

“It’s an organization I’m very comfortable with and have had a lot of success with," Bell said.