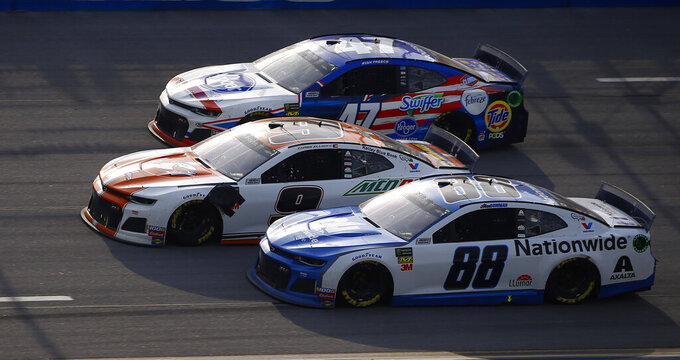 Fast facts: Elliott finished in the top 10 for just the third time this season last week. ... Kyle Busch, the only driver to finish in the top 10 of every race in 2019, is first in the standings with 430 points and 20 playoff points. Joey Logano is in second with 415 points and Denny Hamlin is third with 367 points. ... Busch has won three times at Dover, most recently the fall race in 2017.

Fast facts: Last week's victory was the first series win of 2019 for Reddick, who also took home the $100,000 Dash 4 Cash bonus. ... Reddick held off runner-up Gray Gaulding, who notched his first career top-10 finish. ... Reddick now has a 32-point advantage over the field. Christopher Bell, who was third last week, is in second place. Bell has 14 playoff points to just seven for Reddick.

Fast facts: Sauter's win at Dover a year ago was his second in five starts. He would go on to win two of his next three starts before Brett Moffitt snapped Sauter's streak in Iowa. ... Friday's race will be the first for the series in over a month. Busch's win at Fort Worth came on March 29. ... Stewart Friesen (first place) and Grant Enfinger (second) both have three top-five finishes, four top-10s and a pole through four races.