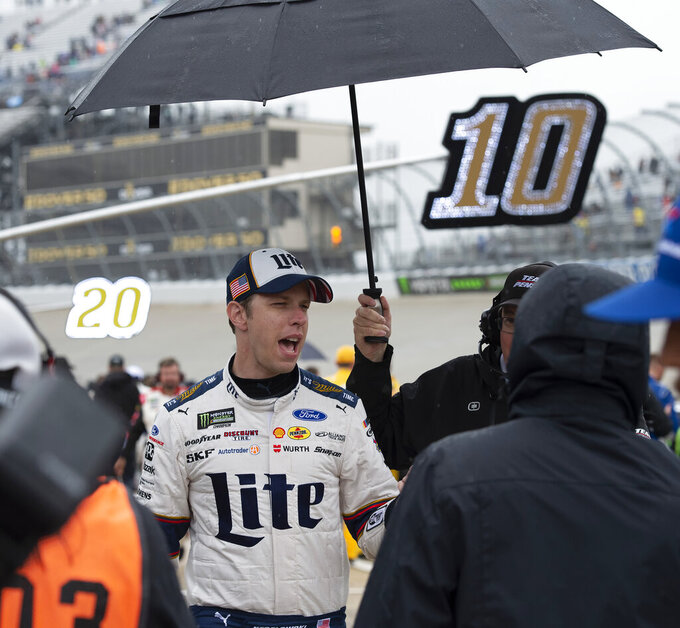 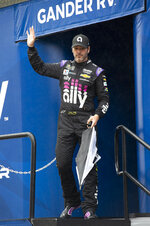 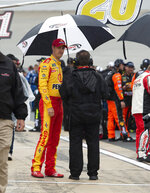 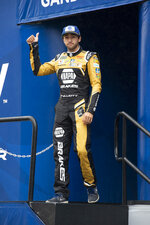 DOVER, Del. (AP) — Jimmie Johnson posed for a photo with Hall of Famers Bobby Allison and Richard Petty from an appearance this weekend and wrote the caption "367 and counting."

His combined win total has been stuck on that number since June 4, 2017, when Johnson won the last of his 83 NASCAR Cup races. Mired in the worst slump of his career, the seven-time NASCAR champion was back at his favorite track on Sunday, his 11 wins at Dover International Speedway a record.

He has to wait another day to go for No. 12 and end his slump.

NASCAR will race at noon Monday after rain fell on the mile concrete track all day and the only action came from a Charlie Daniels Band concert. If the devil went down to Delaware, he would have needed a poncho. NASCAR tried to start the race but pulled the cars from the track after a handful of pace laps once the rain came again.

The 43-year-old Johnson, who recently ran the Boston Marathon, flashed some speed at Dover when he topped the final practice Saturday with a fast lap of 161.863 mph in the No. 48 Chevrolet.

"This is just one of those places that an athlete finds a bond with a facility or a venue," Johnson said. "I don't care if I have three wheels left on this thing, I feel like I still have a shot to win. I just love this place."

With Dover celebrating its 50th anniversary season, the race winners will receive a 60-pound Miles the Monster trophy converted from its customary concrete-like finish to metallic gold.

"I'm very biased about this race track. I think it's the best one out there," Johnson said. "I think all drivers can appreciate just the challenge that comes with this track, the banking, the speed, the transitions from the straightaways through the corners. I noticed on social media before we got here that drivers and crew members and crew chiefs were all talking about how much they love coming here."

He starts 12th and tries to help Hendrick have another stout race day. Chase Elliott got his first win of the season, the first for Chevrolet and the first for Hendrick Motorsports last week at Talladega. Elliott and teammate William Byron make it a 1-2 front row for Hendrick at Dover. The 23-year-old Elliott became the youngest pole winner at Dover when he set a track record of 165.960 mph in qualifying.

Dover hasn't held a Monday race since 2007 when Martin Truex Jr. earned his first Cup victory. He has added 19 more wins and the 2017 NASCAR Cup championship over that span.

"One of my favorites to come to, for sure," Truex said. "It's called the Monster for a reason. It's mean and it's fast and it's big. It's kind of crazy."

He wants a second Monday win at Dover. Johnson aims for No. 12 here. All the team needs at a chance to reach its milestones is a dry concrete track.