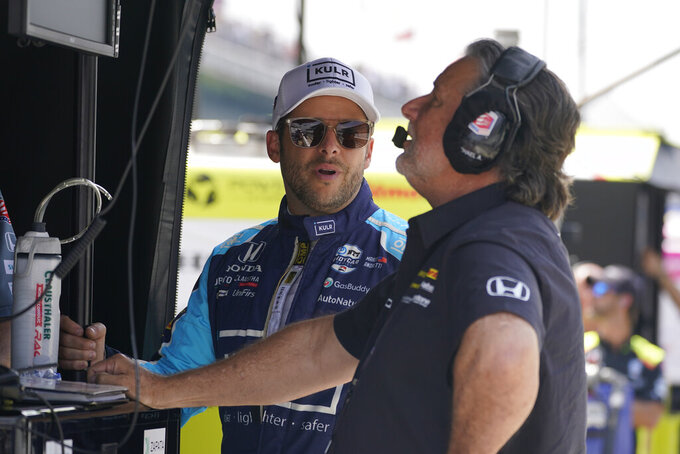 Camping World also was the title sponsor for the inaugural SRX season, and Tuesday's announcement includes a commitment from Camping World to sponsor the No. 1 car that former Indianapolis 500 winner Ryan Hunter-Reay will drive.

SRX is a six-race short-track series that runs on Saturday nights and is shown on CBS. The first race is at Five Flags Speedway in Pensacola, Florida, on June 18.

“Camping World is a family-oriented brand, which is a perfect fit for me and my family. My wife and I really enjoy the RV-camping experience with our three young boys throughout the year," Hunter-Reay said. "The SRX season is just around the corner and I’m eagerly anticipating what is probably the most unique challenge I have ever taken on in my racing career.”

SRX this year will race at South Boston Speedway in Virginia, Stafford Motor Speedway in Connecticut, Nashville Fairgrounds in Tennessee, I-55 Raceway in Missouri and Sharon Speedway in Ohio.