Bowman and Ware to miss Charlotte race with injuries 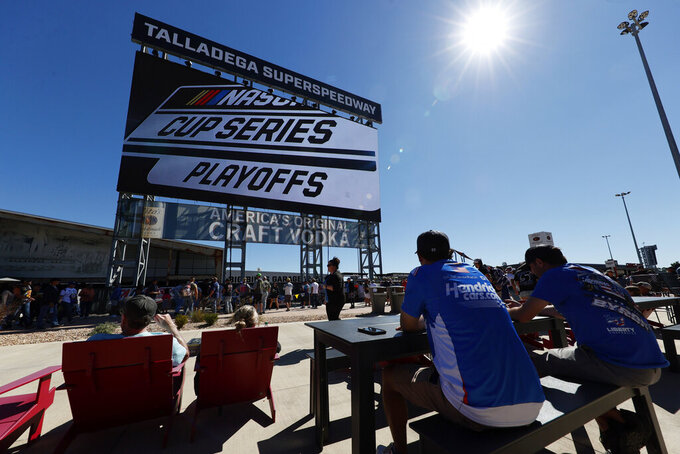 “I am continuing to make strides in my recovery to make sure I can return to competition at 100%” Bowman posted on social media.

Noah Gragson will again drive the No. 48 Chevrolet for Hendrick Motorsports. Bowman's absence means he'll be eliminated from the playoffs. The field is cut from 12 to eight after Sunday's race.

“Alex’s health is our first priority,” said Jeff Andrews, president and general manager of Hendrick Motorsports. “We’re focused on supporting his recovery and seeing him back in his race car when the time is right. Alex has a long career ahead of him, so we will invest the necessary time and take our guidance from medical experts. We’re putting no pressure on him to return before he’s 100% ready.”

Bowman crashed on the 98th lap at Texas, radioed his team to say it was the hardest hit of his life, appeared unwell on his in-car camera and yet continued to drive another 231 laps. He was diagnosed with his concussion four days later.

Hendrick had expected Bowman to be back in the car at Charlotte this weekend.

Ware suffered an impact fracture and torn ligaments in a crash at Texas Motor Speedway on Sept. 25, but was able to race Sunday at Talladega Superspeedway with a boot on his foot.

The Cup Series races Sunday on the Roval at Charlotte, a hybrid road course and oval that requires more shifting and braking than an oval.

“Given the extensive footwork required for a road course event, I don't feel I'll be able to give 100% effort to my team, my sponsors, or to Ford,” Ware said.

J.J. Yeley will replace Ware in the No. 51 Ford for Rick Ware Racing.

Ware, who was on pace to complete his first full Cup season, said he will be back in the car Oct. 16 at Las Vegas Motor Speedway.

NASCAR on Wednesday plans to crash test some computer models of changes that can be made to the rear of the Next Gen car, which drivers have complained is too stiff and causing injuries from what used to be routine accidents.

NASCAR will meet with team owners on Friday, and has summoned the drivers for a meeting on Saturday before competition begins at Charlotte.